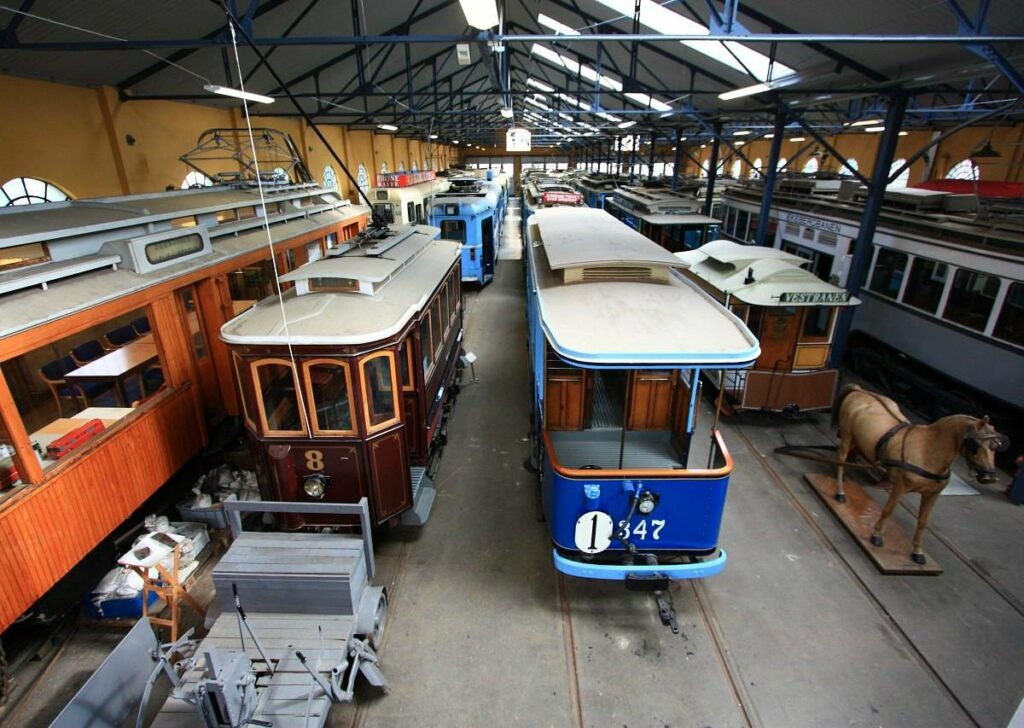 There is no booking for this event. Show your student ID to get free entry.

Whether you have grown up in Oslo or you have recently moved here as a student, you are guaranteed to utilize Oslo’s public transit offerings. The city has the country’s best, and oldest, public transit system, with roots going back to 1875!

For many people, especially younger individuals, the buses, trams and metro have made the use of personal cars redundant. It was the same many years ago, as well, but in those times it was because people did not have access to their own vehicles. Then came the period where public transit was literally shoved away from the streets in order to prioritize cars. Today, everyone recognizes that public transit is vital for the city to survive.

The city has contributed to shaping the public transit system, but public transit has contributed just as much to shaping the city. There are places in the world where you can hardly find public transit. In those places, the cities and transport take a completely different form. But here in Oslo, the trams, buses, and metro have been actively used to shape the city we live in. The early tram network tied the city together and eventually made it possible for labor to be transported across the city. People no longer had to work where they lived. Aker municipality, which was Oslo’s closest neighbor, was the first to purposefully build tracks out to places where the municipality wanted people to live. The T-bane metro became the basis for Oslo’s expansion after the war, with a tight net of buses to make the transport easier and more attractive.

Sporveismuseet, the Oslo Transport Museum, tells the history of all this and much more. In addition to learning the history, visitors to the museum can experience the country’s largest collection of historical trams, train wagons, and buses; a horse-drawn wagon from 1875, Oslo’s open wagons, the legendary goldfish tram, a trolley bus, teak wagons from the Holmenkollen line, a red T-bane metro wagon, and much more. Here will not only those who are interested in history find something, but also those who are fascinated by physics and technical solutions, design history, sociology, and societal geography, to name a few things.

Use the time you are studying in Oslo to visit Sporveismuseet and learn something about the city that you maybe didn’t know!

The Oslo Transport Museum is open every Saturday, Sunday, Monday, and Tuesday between 11:00 and 15:00.